By trial and error, I've discovered that it's better to close the curtains and open the window behind them, rather than close both.

If you close the window on the sunny side,  the heat piles up between window and curtain and it ends up hotter than the outside. Opening the window allows that extra heat to escape.

If you have a ground floor, sleep there with the back door open. That helps lose heat overnight and lets you sleep in the coolest place in the house. This entry was originally posted on Dreamwidth where it has

Have finally given in to the heat and ordered a retractable awning for both our south-facing downstairs windows.

My next door neighbour has one, and her kitchen is  LOT cooler.

I have a story that I really want to write.

Unfortunately, an integral part of the story is a traditional Oceania Voyaging craft (as seen in Moana).  This type of vessel is capable of circumnavigating the globe.  One already has...

My problem is that I want to write about what it would be like to be part of the crew on such a ship and how one would learn to sail her - because part of the story involves a group of total novices and one very experienced sailor, going on a journey together.

But I have no idea where to start.  I know a small amount about some English forms of sailing (but not very much) but nothing at all about Hokulea and how to operate a crab claw sail - this is all I've been able to find, and having it in audio rather than written makes it even harder to follow - https://www.youtube.com/watch?v=vmH337ckZQw

Is this how it's moved around?

Basically, is there anyone (I know at least a couple of you are proper sailors, and my best experience is an attempt to sail in a straightest line in Poole harbour with my daughter watching every second) who would be willing to work with me to write something that sounds plausible and interesting?

There is no purpose to this story - it doesn't even count as fanfic - unless you count a story 2000 years in the future and loosely inspired by Moana as fanfic.  It's just that I want to write it.

I've adopted two approaches for the negative numbers problem - thanks for all the helpful comments.

I've presented the number line in the form of an elevator going up and down and explained (truthfully)  that my old university was built on a slope,  and floor 0 was street level.

The lift had -ve numbers for floors below street level and +ve for above.

Thus, the answer to any problem with negative numbers is a floor level - which hopefully gives it a concrete meaning.

Secondly, I have forbidden her from using any 'methods' for solving this kind of problem. (She's not at an age where she's expected to be able to do anything complicated with negative numbers, so rules on how to resolve them are not necessary. She just needs to understand that they go in opposite directions on the number line.

It worked in the lesson - let's see how she fares with her homework.

I've recently moved on from the basic and double-faced tablet weaving patterns that I've been doing for the last few years, along with inkle woven patterns, to the fiendishly difficult 3/1 twill tablet woven patterns.

I've finally got to the point where I can weave them with a reasonably degree of accuracy..

That took many weeks of swearing, undoing (where possible) starting all over again,etc.  But I've now got the technique and my ability to read the patterns and check each row as I do it at a reasonable speed.  ie. Slow, but not nearly as slow as when I started!

In this kind of weaving, you're effectively setting every thread individually on every line.

But, the results do look very nice.

If you look at this video, you can get a rough idea of what is possible.

I've only tried weaving images 15 pixels across so far, some use 30 cards or more, but I'd really love an excuse to weave some of the larger and even more complex images.

The catch is finding someone who needs such a thing! 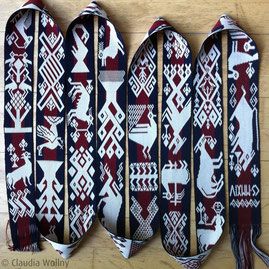 I suspect this replica took an awful lot of work!

Hence, do you know anyone who has a use for a really complex and wide woven band?

Narrow bands - less than 20 cards if the warp is fine, or less than that if the warp is thicker make good belts and straps as they are very strong.  narrow bands can also be used to decorate clothing on the end of sleeves, or on hems, or round necklines, etc.

My test twill band will become another hairband for Oswin.

But wide bands with patterns that don't repeat are essentially decorative items, unless you're creating something to be worn for ceremonial purposes.

So, does anyone need a stole or similar for such a purpose?  (Normally, I give away everything I weave, but for something this complex and time-consuming I would actually want some payment)


(If you want a simple belt woven, just ask!)

I have a math pupil who came to me because she'd slipped through the net at school.  She isn't stupid, but she locks down into virtual silence if she can't understand something and stops paying attention or making any real effort.

I've made quite good progress with her in several areas, but negative numbers are a major stumbling block.

Her basic approach to maths is to learn a METHOD and ruthlessly apply it to everything.  But she doesn't try to understand what she's doing or why.

When she thinks about things, she can actually do them, but as soon as she's worked out a METHOD she stops trying to think about what she's doing.

Her written arithmetic is great, because she has rules to follow. Her mental arithmetic is terrible - she will default to counting on fingers  (we are gaining, but she's very resistant to new techniques and she missed out on learning how to use number bonds to ten to aid in adding numbers like 17+6  - you take three from the six to get you to 20 and then add the remaining three to get to 23 ).

But she has decided that 'minus' means 'take away' and therefore -16 - 4 has to be -12... And similarly with other related problems. In spite of all my efforts to get her to focus on a numberline and the direction of movement for positive and negative, she will work out a METHOD, say 'find the difference between the two numbers and slap a minus sign on the result' and apply it to any question with a minus sign.

She doesn't try to visualise anything - which means I really have to work with her as soon as a problem begins 'Abigail has six rabbits and each rabbit has 600 grams of straw' etc.  (she's improving in this area, but will still randomly multiply/divide the numbers in the question unless forced to slow down and read it carefully)

How can I get he to visualise negative numbers in some form that will make sense to her?  (She's just turned 10, and she loves wildlife in every form.  Stubborn but not stupid)

Temperature doesn't work very well.  She can accept that temperatures go negative, but if I say the temperature is -6 degrees and it drops by 3 degrees, you can't guarantee that she'll see that as -9...

We discussed negative heights below sea level, and money owed to banks, but neither seemed a model she was happy with.

The basic problem is that she cannot accept that 'minus 3' is a number in it's own right.

I'd appreciate any ideas that people have.

Bev's having to spend a lot of time visiting her mother who is very and frail, so she's busy doing her mother's garden and has no time to do her own.

I'm gradually developing the front border into a blue and pink theme. It already had lavender and false cornflower - the latter donated from my garden many years ago before Bev moved in. It's a survivor plant. 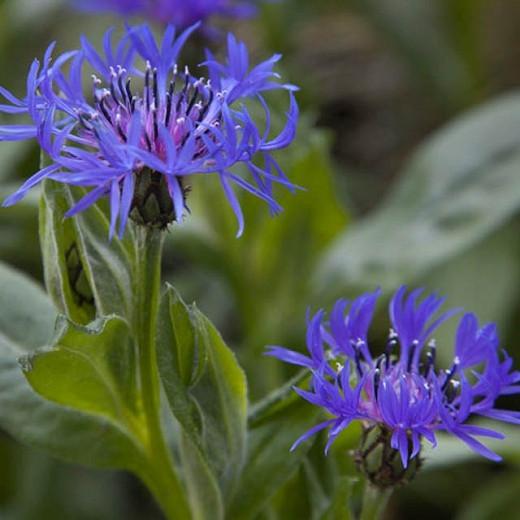 There's several clumps of pretty pink mallow which probably came from a packet of wildflower seeds at some point. 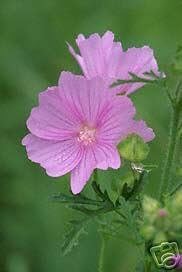 So, I'm leaving most of that in situ.

I don't post nearly as often as I used to, though I frequently comment on my friend's journals.

I think it's probably due to a combination of background stress, asthma and sciatica...

However, a new office chair with decent adjustment has made a noticeable impact on the sciatica, so that's good.

I'm going cold turkey on reading the news for a few days, and that's helping the stress a little.

I'd like to go cold turkey on Facebook, but I'm moderator for several groups, so I do need to check the posts.

The one on Morris history occasionally gets people trying to rehash arguments on blackface, but we've managed to keep it pretty much under control. The hard part is ensuring that polite and informative discussions on the subject are still allowed, while ruthlessly deleting any comments about people being either racist or pc (ie. staying strictly neutral apart from requiring views to be back up by historical documentation).

On the whole, it's a very polite community with some interesting discussions on a wide range of topics, which is reflected in the membership which is now over 700.

I've been doing a lot of gardening. I've got good neighbours on both sides, but one is short of time as she's caring for her mother, and the other is still a learner gardener.

So, I'm pottering about in both their gardens as well. When I've got spare bits of plants, I'm planting them next door in the borders, and in spite of the hot weather there's been a pretty good survival rate. The rain has helped a lot. This entry was originally posted on Dreamwidth where it has

This is test post to see if photos from DW hosting can be made to work. I've taken a photo, set the thumbnail size to 1200 and inserted that into the html text (I normally use 'rich text' for input)

If it works, go back to my poor garden post, which should now have proper photos!

How does that look? It's a pic of the sword dance team doing the most complicated move in our repertorire - the cross double-under. This entry was originally posted on Dreamwidth where it has

I think you'll have to click on the link to see this.

When I was a teenager, my sister and I amassed quite a large collection of puppets.  We used to perform fairy tales for children's parties and raise money for charity.

Now Oswin is seven and she's getting the knack of controlling the puppets, so we've just put together a short version of Red Riding Hood for you.  (I'm afraid the joke at the end will only make sense to those of my generation, but Oswin loves an old TV show that her grandad used to share with her mother, and her mother now shares with her.  The puppet in question actually belongs to Oswin!)